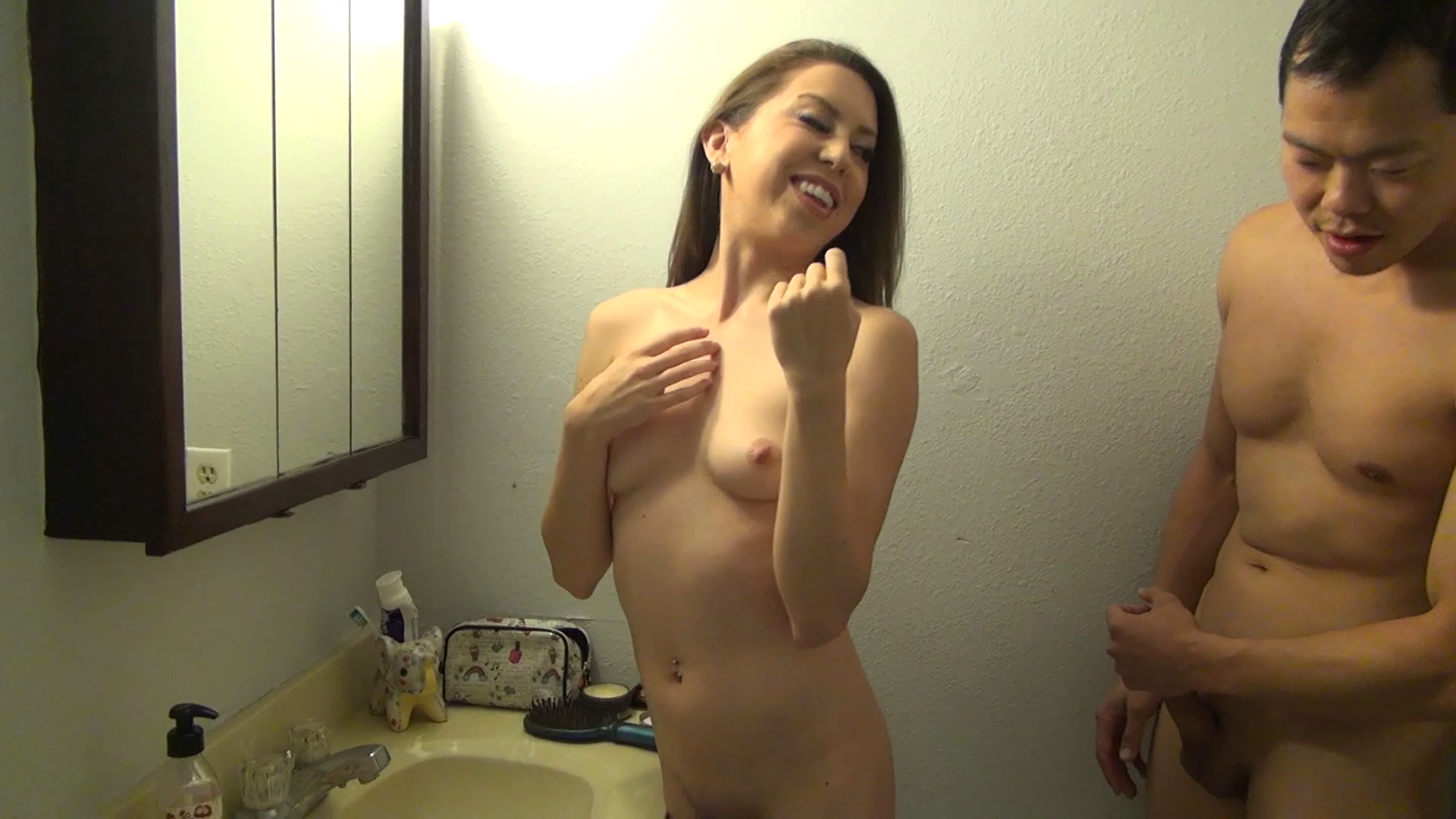 BROTHER AND SISTER FIGHT OVER THE BATHROOM….. BROTHER AND SISTER DECIDE TO SHARE THE BATHROOM…. THAT WAS A BAD DECISION…AS BROTHER’S COCK ENDS UP INSIDE SISTER’S PUSSY!!! Lola, and her Step-Brother, Joey are both in a hurry to get ready, and out of the house. Lola has been occupying the bathroom while she does her hair and makeup. Joey can’t wait any longer and he comes into the bathroom. The two bicker back and forth about who should get to be in the bathroom….and they ultimately decide to share the bathroom. That decision, however, will turn out to be a bad one!!! As they are both fighting over the mirror…..and they are both naked…..the site of his Sister’s Ass sticking out as she bends over the bathroom counter to apply her eye shadow, is too much for Joey, apparently…..and he gets a BIG boner!!! Lola sees the big erection on her Step-Brother….and laughs at him…”Is that because of me??!!!…..do you think I’m sexy or something??!!”. Joey sheepishly admits that, yes…..he does think of Lola as being very attractive……and before you know it…..the bathroom sharing idea, goes horribly wrong….as Joey’s penis soon finds it’s way inside Lola’s vagina!!! It was bound to happen!!! The two Fuck like wild Honeymooners until Joey leaves his little Step-Sister Pounded and Delirious. Maybe next time Lola will share the bathroom. Or……maybe not