WASHING HIS MOUTH OUT WITH SOAP DOESN’T WORK…SO JOHN’S MOM MAKES HIM LICK HIS SISTER’S ASSHOLE!! JOHN HAS TO EAT HIS SISTER’S ASS….BUT WHEN KATIE USES FOUL LANGUAGE TOO…. MOM PUNISHES KATIE BY MAKING HER TAKE A POUNDING FROM HER BROTHER!!! John is having a full on fight/argument with his Mother, when he drops the “F-Bomb”!!! John’s Mother does NOT tolerate foul language….and she is determined to punish John severely. Since washing John’s mouth out with soap does not seem to teach him a lesson….Mom has a new idea. Mom tells her Daughter Katie to take off her shorts. Mom makes John LICK HIS SISTER’S ASSHOLE!! Katie laughs as she sticks her big, sexy Ass out for her Brother to eat. Mom shoves John’s head right up Katie’s Bum and causes him to get deep up his Sister’s Ass. Katie is taunting her Brother as he does it…but unfortunately….Katie calls him a “Fucking” Loser. Uh-Oh!!!! As soon as Katie drops the “F-Bomb”….Mom gets mad at her! Now Katie must be punished too. Mom decides that Katie’s punishment shall be……getting POUNDED by her Brother!!! John is ordered to Fuck his Sister really hard…..and then use his Sister as a cum dumpster!!! Katie is revolted and disgusted completely after being Pumped by her Brother and soaked in cum. John has the taste of his Sister’s Asshole on his tongue. They both promise to never swear again 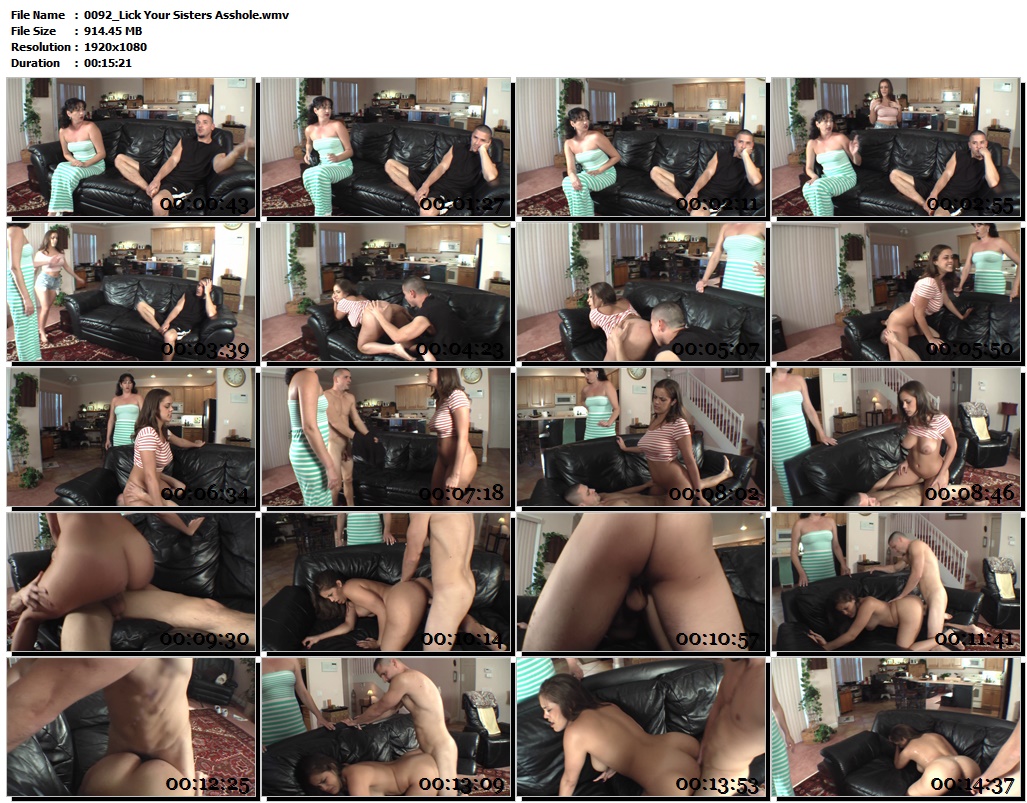